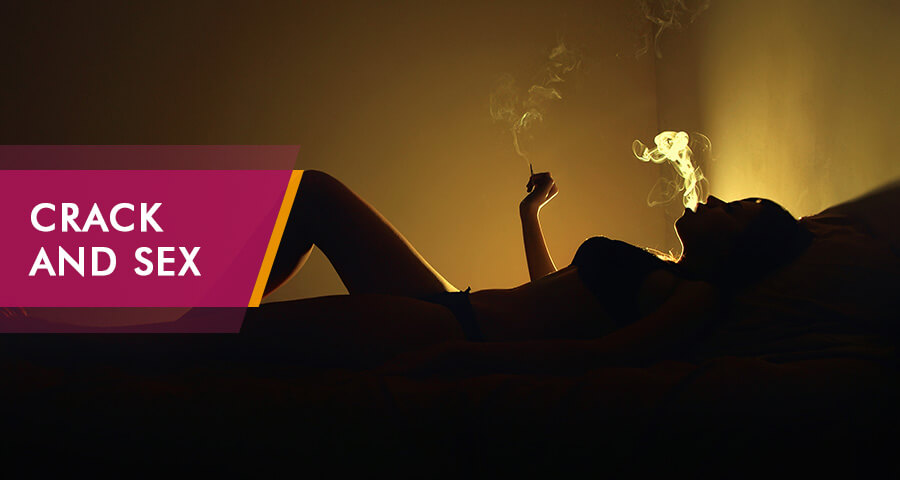 Sex on crack is somewhat of an urban legend. Anecdotal stories, firsthand experiences, media caricatures and other sources of lore draw a picture of mind-blowing sex while on the drug, leading many to experiment with the combination. While there is a lot of fact to all these representations, there are also some myths that get included in the stories as well as hidden harm.
The reality about cocaine and sex is that they are a dangerous combination. Crack, the freebase version of cocaine, is a highly addictive drug. When combined with sex, the resulting crack sex drive, while incredible in the short term, can lead to dangerous and life-threatening behavior down the road that may require spending time at a crack rehab for treatment. In this article, we explore this axis and try to separate fact from myth.

To understand what having sex on crack means, it is important first to understand how cocaine, and crack cocaine specifically, affects the brain. Cocaine is a powerful psychoactive stimulant synthesized from the leaves of the coca plant. When in powder form, the drug is taken by snorting through the nostrils, ingestion through the mouth or injection into a vein. The freebase version of cocaine, crack, is burnt and the resulting vapors inhaled.
Crack is especially potent because the vapor inhaled is usually pure cocaine. When inhaled, the pure cocaine is rapidly assimilated into the blood through the lungs, traveling to the brain in less than a minute. The resulting high is near-instantaneous and extremely intense. How long does crack cocaine stay in the system? A mere 5-10 minutes.

When a person who has just taken cocaine engages in sex, the experience can be described as extreme, intense, and mind-blowing. When a person is under the harmful effect of crack , they will have no inhibitions, having sex with whoever is available, even total strangers. To make things worse, lack of inhibition also means the person will likely not use any protection. The resulting tradeoff between sex and the consequences of having unprotected sex with total strangers makes for a poor trade balance.
Crack has such an effect because once the person inhales the smoke, the drug affects both the pleasure/arousal hormone dopamine and the endurance hormone norepinephrine. This combo makes having sex on cocaine an exhilarating yet dangerous and harmful cocktail. 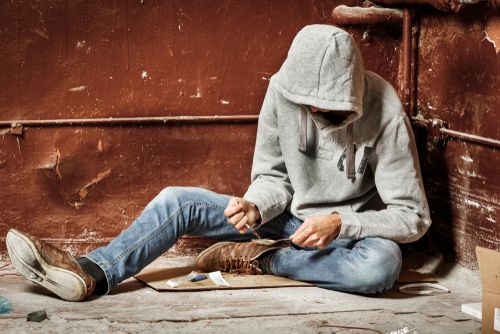 When a drug user takes cocaine, the short-term effects they will experience include feelings of euphoria, heightened self-confidence, a sense of invincibility, energy, and extreme focus. They will also experience a heightened libido and increased stamina. When in such a state, they will seek out casual sexual encounters to fulfill the raging urges they are experiencing, which may be with other drug users or prostitutes.
In the short term, these behaviors may result in contraction of sexually transmitted infections, run-ins with the law, and an eroding of the person’s personal life. From a drug addiction perspective, taking the drug will rapidly lead to tolerance and dependence, the two cornerstones of drug addiction. It is, therefore, important that a person experimenting with smoking crack and sex be aware of the dangers associated with the habit.

From a health perspective, there are indications that long-term effects of crack and sex drive can also lead to erectile dysfunction. For the person to get off this hamster wheel, it is important for them to seek treatment at a rehab facility, where crack cocaine withdrawal can be managed, and the cycle of negative drug-fueled sexual encounters broken. 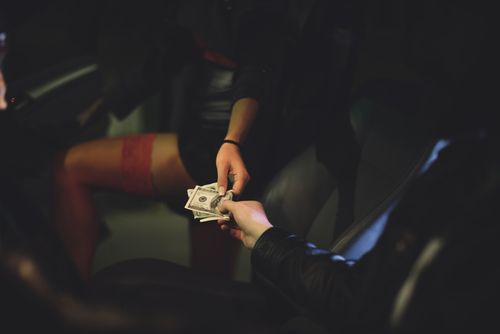 The effects of a woman taking crack are comparatively similar to those of a man. The woman will experience intense euphoria, excitement, a lack of inhibition and an increased sex drive. In the short-term, the woman will seek out or be receptive to sexual advances, promoting increased risky sexual encounters. They will also, in such a state, not use protection, which could lead to several negative consequences.

When a woman uses crack cocaine and sex, she exposes herself to contracting sexually transmitted diseases like syphilis and gonorrhea, as well as more severe infections like HIV and Hepatitis C.

They will also expose themselves to unwanted pregnancies, a dire situation that could result in the birth of a baby suffering from crack baby symptoms.

A woman taking the drug for long will experience similar long-term effects to her male counterparts. They will experience heart issues, significant weight loss from malnutrition and contracting opportunistic diseases, a decline in cognitive capacity, confusion, and damage to their oral structures.
Also, women on the drug fall victim to providing sexual favors in exchange for drugs or money to buy drugs mostly resulting in the person inadvertently getting into prostitution, which holds the promise of a steady supply of money or crack for sex. Such wanton sexual behavior often results in unwanted pregnancies, with most addicts resorting to dangerous abortions or baby abandonment. If the baby survives, they are born a crack baby, a serious condition that requires extensive treatment if the baby is to survive.

Combining crack cocaine and sex can lead to a powerful psychological dependence that is difficult to break. The memories of  the experience felt can push people who may not necessarily be attracted to drugs to keep taking the drug to recreate the sexual encounter. For a person caught in this trap, the only option is rehabilitation.
In such a case, they will need to be weaned off both the drug and the sexual cravings they have. If not treated properly, the person may lapse as they try to go back to having the experience they used to have. Crack cocaine sex is a risky activity that leads to dangerous consequences related to both drug addiction and sexually transmitted diseases.