Cocaine Street Names – A Drug by any Other Name 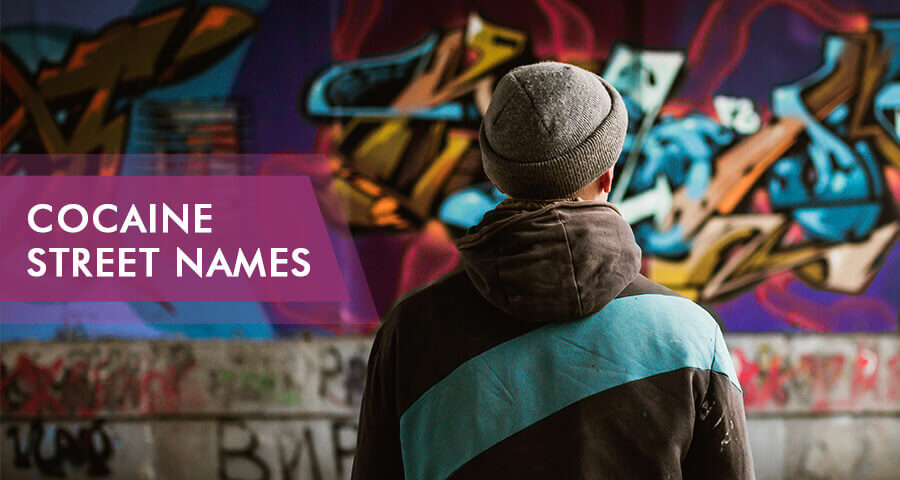 Cocaine is one of the most popular recreational drugs. It is a highly abused central nervous system stimulant that causes physical and mental dependence.
Usually, cocaine causes euphoria followed by depression and anxiety. They extract the chemical from the coca plant that grows in South America. Even the ancient Incas knew about the traits of this potent plant. In fact, they used to chew the leaves in order to speed up their heartbeat. These days, there are quite a lot of names for this drug. As a result, the list of cocaine street names can be pretty extensive.

Even Sigmund Freud used cocaine and promoted it as a powerful antidepressant. Then, in the late 19th century, cocaine was one of the ingredients of the popular soft drink, Coca-Cola. As time went on, Cocaine gained even greater popularity. In the 70s and 80s, a new cheaper version of the drug appeared on the market. They called it crack cocaine. Currently, it is an illegal drug in most parts of the world. It is mostly due to its harmful effects.

Due to long and diverse cocaine history, the street names have become very extensive. In fact, some of them can be quite colorful. Most of those names reflect some trait of the drug. It doesn’t matter whether it is the color, the effects it has on one’s brain, or the consistency. There some ways how to get cocaine out of one’s system, that are necessary to be used.
Some of the most popular slangs and cocaine street names are:

Sometimes manufacturers mix cocaine with other drugs or substances. This way, we can achieve different types of high. Some of those drugs are ecstasy, heroin, marijuana, and meth. At the same time, some of the most common street names for cocaine mixtures are:

Cocaine Street Names During the 70s and 80s

During the 70s and 80s cocaine was an important part of pop culture. Cocaine street names from that period reflect how much influence this drug had on this era:

All of the names listed above may sound very appealing and amazing. However, that does not matter. Above all, we must not forget how dangerous cocaine is. This is a potent central nervous system stimulant. It will cause tolerance, psychological and physical dependence in no time. Cocaine has penetrated many facets of our pop culture. As a result, some people feel that they can joke about the drug. However, drug addiction and abuse is no laughing matter. Currently, according to cocaine relapse statistics many people are suffering from it. Therefore, as cool as it may seem to try it out, do not let curiosity kill the cat.
Cocaine use may cause:

Addiction Resource » Addictive Substances: The Anatomy of Drug Addiction » Cocaine and Crack Addiction and Treatment » Cocaine Street Names – A Drug by any Other Name