For Celexa to be an effective medication, the correct citalopram dose must be used. However, what constitutes the right Celexa dosage will vary from patient to patient. Here is what users should know about Celexa dosing, from normal doses to the LD50.

Celexa is an antidepressant that is FDA approved for treating the major depressive disorder in adult patients. Its use in treating pediatric patients with depression or anyone for any other disorder is considered off-label use.
Patients of different ages will have varying citalopram dosage needs. Children and the elderly are the most prone to citalopram side effects and are restricted to lower doses. Adults, on the other hand, can take doses of as much as 40 mg of citalopram in a single dose.

Celexa Dosing Based on Patient Age

Citalopram is used to treat both depression and impulsive aggressive behavior in children. Children can start with 10 mg of the drug per day, which can be taken as a whole pill once per day or the pill can be cut with half being taken twice a day. It is considered safe for children to take as much as 40 mg per day if needed, either as a single tablet or as two citalopram HBr 20 mg tablets. Titration depends on the condition being treated. If treating depression, the dose should be increased by 5 mg every two weeks; when treating aggression, it is 10 mg every week.

Citalopram is used in adults to treat depression as well as a variety of off-label conditions. The dosing instructions vary based on what the medication is meant to treat. The Celexa dosage range for adults begins at 5 mg when treating the premenstrual dysphoric disorder and ends at 60 mg when treating binge-eating disorder. However, the majority of applications use the same dosing instructions as indicated for the treatment of depression, with a standard dose of Celexa being 30 mg per day.

Because the elderly are highly prone to SSRI/SNRI-induced hyponatremia, many doctors will not prescribe citalopram to them. When they do, they start with citalopram HBr 10 mg or less per day and never exceed a daily dose of 20 mg. The use of citalopram in elderly patients is generally for depression and dementia-induced aggression only. 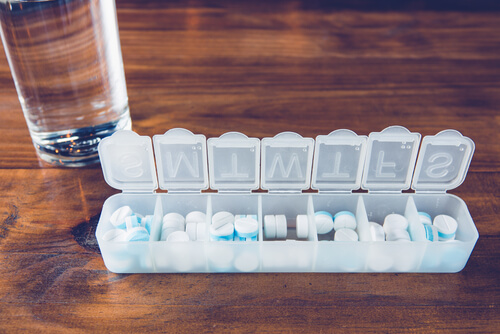 The other differences between the tablet types are purely cosmetic and do not impact how citalopram makes one feel. These differences include varying shapes, colors, and imprints.

Because citalopram is only FDA approved for the treatment of depression, the guidelines on citalopram dosing for it are clear. When using Celexa for depression, adult patients start at 20 mg per day and can increase to a maximum of 40 mg per day. Children start with Celexa 10 mg per day but can also increase to as much as 40 mg a day. Most patients will take just one dose per day, but sometimes doctors will choose to break up the doses. For example, a patient might take two citalopram hydrobromide 20mg tablets—one in the morning and one at night. 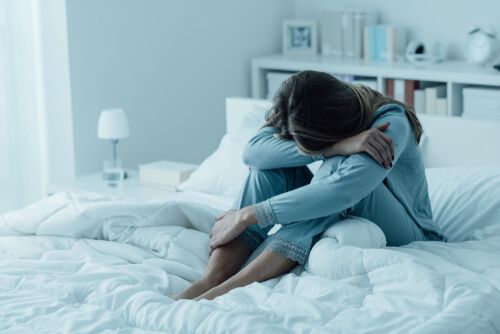 Standard citalopram doses may need to be modified or use discontinued in certain circumstances. Patients with hepatic impairment decreases should consult with a doctor; traditionally, their daily dose does not exceed 20mg.

In the majority of cases, SSRIs like citalopram and MAOIs cannot be combined. For example, mixing Wellbutrin and Celexa is not recommended. This is because it can cause serotonin syndrome, which can prove deadly. The same can occur when combining the drug with linezolid methylene blue therapy. Renal impairment is also contraindicated for citalopram use.

In addition to the treatment of depression, Celexa has numerous off-label uses. Citalopram tablets are used to treat these conditions in the listed doses:

Since it is not FDA approved to treat these conditions, it is possible that the doctor will try alternatives to Celexa first.

If a patient misses a dose of citalopram, their course of action will depend on how soon they will be taking their next dose. If it is several hours before the next dose, the patient should take a pill they missed. If it is only an hour or so until the next dose, it is best to skip. The higher the dose, the more caution should be exercised. For example, taking two citalopram 20 mg tablets close together would result in the maximum daily dose, while doing the same with 40 mg tablets would double it.

The LD50 dose is an essential fact for anyone taking Celexa to know, as this is the dosage at which most people will die. Luckily, the LD50 for citalopram is quite large. Based on experiment, it is 56 mg per kilogram. Assuming an average adult weight of 75 kilograms, it would take 4,200 mg of Celexa to kill an adult. That would be more than a month’s worth of pills at the Celexa maximum daily dose for depression.

As such, it is very hard to overdose on Celexa, but not impossible. If the patient is taking other medications or street drugs or is drinking alcohol, the threshold will be lower.

How To Get Help

If someone is abusing Celexa, they need to get help with stopping use and managing citalopram withdrawal symptoms. Depending on why the abuse is occurring, the team may weigh similar treatment options, such as escitalopram vs citalopram, or look for new methods of managing the condition. No matter the outcome, those misusing Celexa should seek help before it is too late. The professional rehabilitation centers will provide the fastest, long-standing recovery.