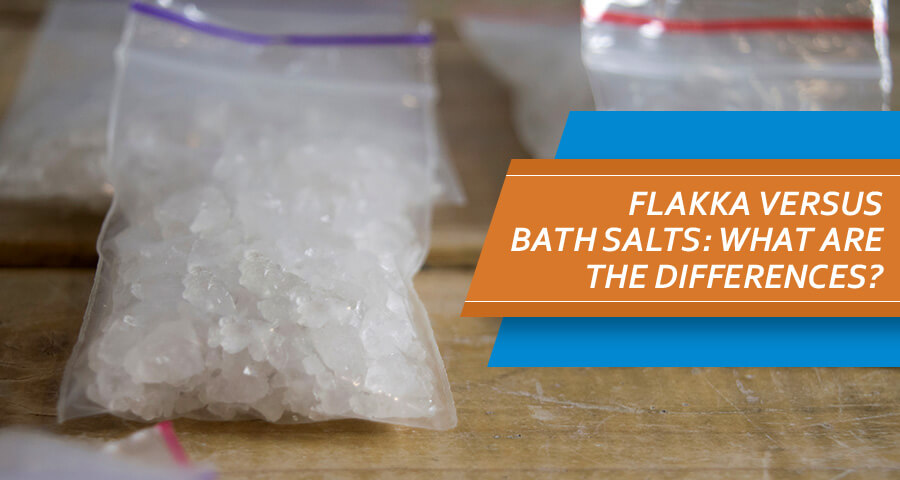 The drug flakka is considered a more dangerous substance than bath salts. Although it is a variation of the original bath salts, its effects are considered more deadly. People on flakka have been found indulging in activities directly related to distortion in mental health. During the Flakka drug outbreak, an individual was caught trying to bite his opponent’s face, while another individual was caught experiencing extreme paranoia. The similarities between both individuals were the high doses of flakka drugs found in their systems. Find out the similarities and differences of bath salts vs. flakka.

Flakka Drug And Bath Salts: Are They The Same Substance?

Flakka drug and bath salts are not the same substances. Bath salt is the umbrella name of all designer drugs made from synthetic cathinones, while flakka is considered a newer derivative of synthetic cathinones.
Typically thought to be dissolvable crystalline substances used in bath water to soften it, bath salts are recreational drugs that contain chemical components that can cause mood-altering or a high.

Recreational use of any drug is abuse. It is legally prosecuted, not mentioning the helth hazards.

Flakka is also known by the names gravel and zombie drug. It is a synthetic substance that is gotten off city streets and used for getting high on bath salts. It looks like the regular shower bath salts, it comes in a gravel-like form or as powder and can cause a high similar to cocaine, but it also can cause overdose and death more easily because of its potency and quantity of consumption. 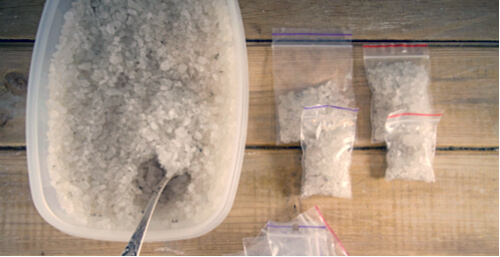 What Is In Flakka?

Both substances work by stopping the absorption of dopamine and serotonin by neurons, but the chemical components of both substances are different. The chemical structure of bath salts is known as methylenedioxypyrovalerone (MDPV) with various compounds, while Zombie drug Flakka contains another synthetic cathinones. The primary ingredient is α-Pyrrolidinopentiophenone or alpha-PVP, but due to the manufacturing process of zombie drug, individuals are often unaware of the makeup of the drug. The manufacturing of Alpha-PVP is achieved by mixing pyrrolidines with synthetic cathinones.

Other substances like ecstasy (MDMA), methcathinone (MCAT), crystal meth, caffeine, and more may be added to the drug depending on the lab. Making drugs at home is illegal.

Most psychoactive substances found in bath salts, as well as in zombie drug, were banned in the United States of America, but drug producers keep creating new compounds by slightly changing the chemical composition. Most of derivatives in both substances are listed as Schedule 1 Drugs. It means that these drugs are found to have high addictive and abuse potential, and are considered dangerous for use and illegal to acquire.
Flakka zombie and bath salt zombie condition is not easy to treat even for addiction treatment professionals, and these substances are not considered safe for use even under medical supervision.

The Similarities And Differences Between Bath Salts And Flakka High Effects

Determining the exact high effects of these drugs can be difficult because their compounds are constantly changing, evolving, and modifying. Despite this, there are some similarities and distinctions between bath salts and flakka side effects discovered in individuals who ingested either of them. These are some of the flakka high effects which are similar and different compared to bath salts:

One of the dangers with bath salts and gravel is that it is difficult to determine the exact amount of both substances that will cause just high and not lead to flakka overdose.  Flakka high is known to last from a couple of hours to three or even four days. Typically flakka drug users experience hyperactivity and zombie behavior that can make them dangerous to themselves and others. By its prolonged and more harmful effects, it is considered worse than using bath salts.

Bath Salts And Flakka Side Effects

What do bath salts do? Like any other addictive substance, bath salts and its derivative synthetic drug flakka offer short term, long term, and sometimes life-threatening side effects. As zombie drug falls under the larger bath salts umbrella, a high number of the effects may overlap. This ultimately means that there are multiple common side effects between a flakka zombie and other variations of bath salts. 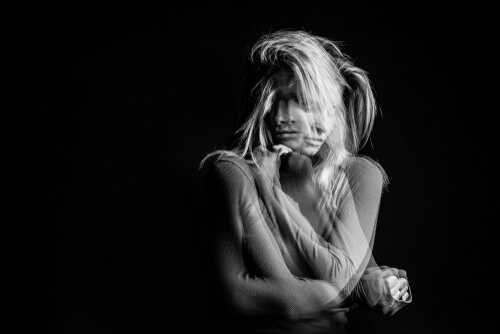 The side effects of these substances range from heart problems and paranoia to kidney failure, and death. Bath salts and flakka symptoms include:
Similarities:

The scale of effects for overdose on these drugs goes from bizarre to fatal. The street drug Flakka penetrates the bloodstream very rapidly, which makes overdose a severe risk. As addressed previously, the exact dosage that can cause a bath salt or flakka overdose occur is unknown, but a high intake can easily cause patients to experience delirium, violent behavior and death.

This is why smoking flakka or people on flakka, in general, are considered to be in danger more than individuals using cocaine, meth, and even other bath salts variations. 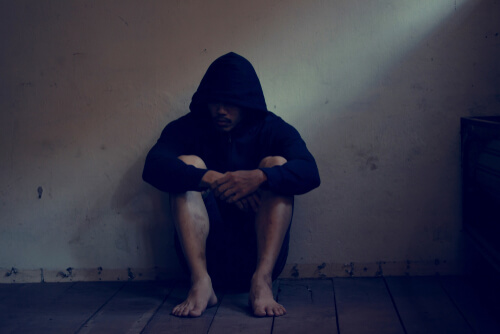 The abuse potential of both bath salts and street drug flakka variation is high. Patients on these substances have shown strong dependence and addiction. These substances can be ingested in different ways. Users can be found smoking bath salts and zombie drug, snorting them through the nose, ingesting them orally, drinking, or even using rectally.

These methods of drug ingestion are considered as dangerous, as well as entails legal liabilities. Never do drugs. Getting professional medical treatment in case abusing both substances is relatively the same.

Treatment involves medical detoxification, as bath salt zombie and flakka zombie withdrawals can cause patients to exhibit delirious and violent behavior. After salt detox is completed,  patients can now begin a complete drug rehabilitation program. The program can either be treated inpatient or outpatient, but will involve counseling, cognitive behavioral therapy, and medication-assisted treatment.