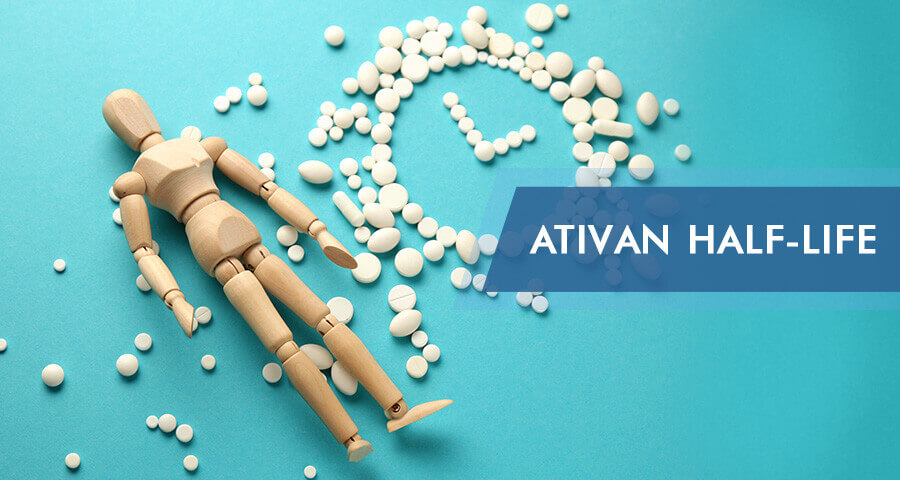 How Long Does Ativan Effects Last?

Ativan typically lasts for 6-8 hours and is out of the system after 72 hours. The drug’s effects can be felt within 2 hours after administration. The drug’s half-life is between 12 and 18 hours. When taken orally, the drug is absorbed into the gastrointestinal tract.

Ativan (generically, Lorazepam) is a benzodiazepine that’s used to treat generalized anxiety, insomnia, nausea, and seizures. It’s also used in medical facilities to sedate aggressive patients. And, like all drugs, it can be used recreationally.

Recreational use of Ativan is considered abuse and is illegal. Note that Ativan is habit-forming and even if administered as prescribed, patients can develop a tolerance and dependency.

Ativan has an intermediate half-life which, according to clinical research, is longer than that of Xanax but shorter than that of Valium. The average half-life of Ativan is around 12 hours, but some studies suggest it could be up 18 hours.
Note that the primary metabolite of Lorazepam, Lorazepam Glucuronide, has a longer half-life of up to 18 hours.

The peak concentration of Ativan is reached up to 2 hours after intake. Ativan is absorbed directly into the gastrointestinal tract when it is taken orally but it can be administered intravenously as well.

Users can feel the initial effects of the drug up to 2 hours after administration, as stated above. Its effects will typically last for 6 to 8 hours. Most doctors will prescribe 2 to 3 doses a day.

Note that when Ativan is taken intravenously, the drug has a longer duration period.

Although there’s minimal risk of excessive accumulation in the system, Ativan shouldn’t be taken for periods longer than prescribed because it can be habit-forming with harmful, even life-threatening, withdrawal symptoms.

How Long Does Ativan Stay In The System?

Research shows that Ativan is typically out of the system after 72 hours.
Various factors influence how long Ativan can stay in the system:

Before beginning an Ativan prescription it’s important to learn more about its side effects and abuse potential. It is not advisable to stop the drug abruptly because it could potentially lead to fatal withdrawal symptoms. Always consult a doctor for the proper dosage, course of administration and other available treatment options.