Antihistamine And Pregnancy: It It Safe During Breastfeeding?

Antihistamines are common anti-allergens and often the first choice for hayfever sufferers. However, antihistamine and pregnancy aren’t altogether a safe combination. During pregnancy, the doctor’s advice would be to try the nasal spray, nasal drops, or eye drops first. Steroid based nasal sprays generally work better than drops, because they are not absorbed as much into the body and the user will likely be safe from side-effects like antihistamine weight gain in pregnancy.
If the steroids don’t work, the doctor will prescribe anti-allergen eye drops or spray. As long as the recommended dose of antihistamine while pregnant is maintained, the user will be safe from absorbing enough to cause complications for the baby and the user. Read down below to learn more about whether these anti-allergens are safe/unsafe in pregnancy, whether they can be skipped, possible birth side effects and affects during breastfeeding.

Is It Safe To Use Antihistamines In Pregnancy?

If a person is expecting or is planning to get pregnant, they should consult their doctor before taking any medication, even the ones that don’t require a prescription. Usually taking antihistamine during pregnancy is safe, but do consult the doctor anyways.

Antihistamines That Are Safe During Pregnancy

Some oral ones are safe to take along with some nasal sprays and steroid nasal sprays in pregnancy, but the doctor’s advice is still crucial. Nasal sprays are safe because the drug is focused directly on the nose and avoids traveling throughout the body. Here is the prescription antihistamine list that is considered safe during pregnancy:

Antihistamines That Are Dangerous During Pregnancy

Antihistamines combined with a decongestant should be avoided in pregnancy since there hasn’t been enough research for their safety. They are most likely to cause birth defects and are a potential risk. Here is a list of potentially unsafe anti-allergens in pregnancy: 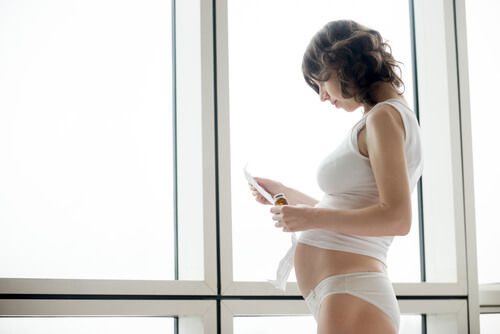 If the allergy symptoms are not that serious, the doctor might suggest alternate treatments in pregnancy instead, like relying on saline nasal sprays, starting an antihistamine diet, or allergy-proofing the house.

However, if the symptoms are bad enough that they are causing problems like making it hard to sleep, then taking antihistamine while nursing will benefit both the user and the baby’s health.

Proper medication should be taken as prescribed if there are symptoms of allergic asthma. During pregnancy, uncontrolled asthma can cause serious complications.

In a new CDC study, researchers have studied over 50 scientific submissions to see if during pregnancy antihistamine usage showed any risk of possible congenital disabilities. The evidence found by the researchers was generally encouraging since many of them were not connected to any congenital disabilities. Although there needs to be more research done to find out if there are any possible risks in pregnancy. 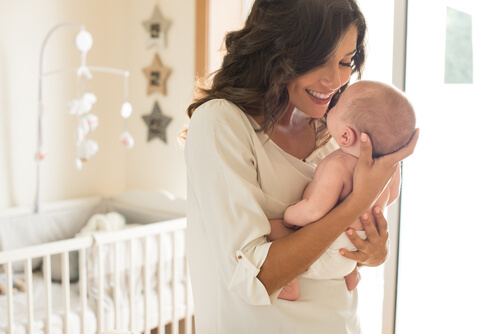 Any non-sedating anti-allergen, such as cetirizine or loratadine, shows shallow levels of transfer to the breast milk and hence should be considered best antihistamine while breastfeeding.
There is not enough evidence for other non-sedating as antihistamines safe while breastfeeding, but based on the evidence on hand for pharmacology, there shouldn’t be any problem. Therefore, it would be safe to use them during breastfeeding, but with caution and always an approval from the doctor.

Adverse effects can be seen in a breastfeeding infant, like irritability and drowsiness caused by the use of sedating anti-allergens. Cyproheptadine has its potential effects on lactation, which is why it is contraindicated in breastfeeding.

If the treatment deems it necessary to use one with a sedating factor, then occasional doses of chlorpheniramine are more encouraged, but it is still not a completely safe antihistamin safe for breastfeeding, and the infant should be monitored for irritability and drowsiness.

Doctors prescribe an antihistamine for itching, allergic states, nausea, or vomiting. Though they usually don’t have serious side-effects, they should be taken under only doctor’s advice during pregnancy. It is advised to avoid taking any by mouth, instead of nasal sprays or eye drops are considered safest antihistamine in pregnancy. When it comes to antihistamine versus decongestant, if it comes combined with a decongestant, it should be avoided in pregnancy. There aren’t many links between them and birth side effects, but caution is still advised. When it comes to taking allergy medicine while breastfeeding, those with non-sedating properties are preferred. If there is a severe condition, those with sedative properties can be taken in a measured dosage with careful monitoring on the infant.
Note that inability to stop the medication, even if it endangers the expectant mother and the fetus, might be a sign of addiction. There are rehabilitation facilities that focus on helping future mothers to recover from substance misuse. They will provide care and support during the whole dependency treatment process.