It is quite common to obtain an antihistamine prescription for allergies and other respiratory issues. However, understanding their classifications and functions would enable one to make better over-the-counter choices. It is important to note that the efficacy of these drugs depends on their classification. Over the counter antihistamines are administered as neutral receptor antagonists or expressively as inverse agonists. The medication can be classified according to the hierarchy or timeline of production. There are the first generation and second generation categories. The modern allergy medications are developed to significantly decrease adverse effects of the pre-existing versions, which may include drowsiness and other side effects.

The medication is classified into first and second-generation types, and both types come in different forms.

The first generation, being the most potent, has a strong sedating effect and is categorized as a schedule 2 and schedule 3 drug.

This is because they affect the CNS and have a low potential for addiction. The drug is legally unfit for use in the treatment of children under the age of 2 years. The first-generation are mostly classified as sedating types. Prescription antihistamines are usually provided after a proper medical checkup. In some cases, it may be easy to obtain antihistamine over the counter, especially generic versions with a shorter half-life.

The medication is available and obtainable at local stores for quick relief from various sudden allergic reactions such as eye allergies, severe itches, and others and they are considered to be much milder with lesser side effects. Finding the best otc antihistamine depends on what form of the medication suits the condition best. There are otc antihistamine eye drops, capsules, sprays, and others.
Purchasing over the counter antihistamine for hives may be safer after medical counseling. Some of these medications are safer under prescription as they are more potent and can cause secondary health issues when taken the wrong way, especially in certain health conditions. There are allergies that may require one of the most potent medications and in some cases, the mildest. This can only be determined by a professional to avoid severe antihistamine side effects.
Here are a few of the strongest over the counter brands available: 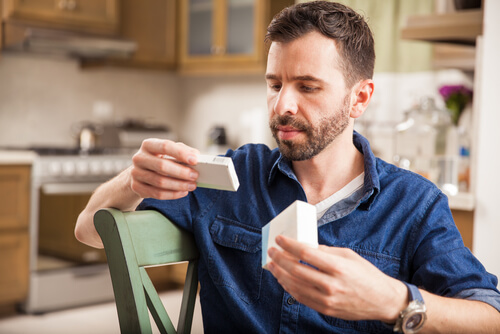 Antihistamines, after its discovery in 1936 and its subsequent application in the management of asthma, became a popular medication for the treatment of allergies. In 1942 the second class of these medications were developed with lesser toxicity and were more potent. Other functions for the drug were discovered in 1947 and beyond. There are two main categories for antihistamine classification: the first generation and second generation.
First-generation – the first generation can be classified into five main groups and other derivatives. The five groups are Ethanolamines, Alkylamines, Piperazines, Ethylenediamine, and Phenothiazines.

These classes are natural sedatives and affect the CNS and periphery due to its high solubility in lipid.

It exhibits anti-adrenergic as well as anticholinergic properties. It’s extremely short half-life indicates that more dosage may be required for maximum effect; this may cause individuals to abuse antihistamines. Some first-generation types are:

Second Generation – this class is not only non-sedatives but also has no anti-adrenergic and anticholinergic effects. They are more potent and are effective for longer durations and do not cause drowsiness. They are also known to have less CNS effect due to its less-lipophilic nature. Examples are:

Allergy medications come in various forms depending on the route of administration. The reason behind a specific route of administration is to ensure that the drug becomes effective in the shortest period via various channels. Antihistamine decongestant medication, whether pills, liquid, or nasal spray, are usually administered as quick and temporary relief of sinusitis and nasal congestion. Here are some major classifications based on the route of exposure. 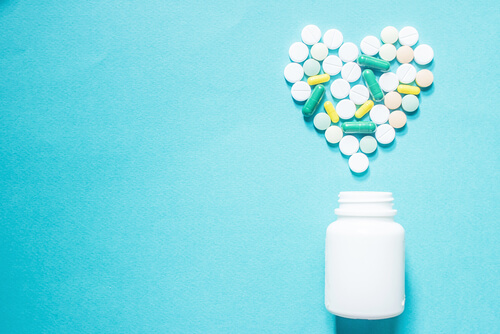 Most of the otc drugs or prescription medication works best for swellings, runny nose, severe itching, and watery eyes. Pills are also the most effective antihistamine for hives. It is usually advised that persons on this medication should neither drive or operate heavy machinery as the drug causes drowsiness. Those that cause drowsiness are specifically Diphenhydramine and Chlorpheniramine. The nondrowsy over the counter pill brands are:

The eyes are often easily susceptible to irritation and allergies due to dust and other sediments.

Antihistamine cream over the counter can also be applied in the treatment of allergic rhinitis, inflammation, and stings from insect bites, cuts, burns, and reactions caused by poisonous plants.

Some highly effective topical medications are:

Ask for Expert Opinion Before Use

Allergies can present themselves in various forms, from skin rashes to eye irritations. If one is considering using antihistamines rather than corticosteroids and other agents, it would be necessary to seek a doctor’s opinion as to which allergy medication suits a particular condition. One must be well informed on whether their lifestyle also works with their medication as antihistamine with alcohol is always a bad idea. Alcohol causes drowsiness, and when taken with a first-generation drug, it can amplify drowsiness leading to a much more severe health risk.
Take note of the daily dosage and any history of a drug interaction. Discontinue medication if they present with side effects and contact a medical professional. Do not hesitate to reach out for addiction treatment if signs of antihistamine dependence occur. The numerous rehab facilities around the state provide such options.