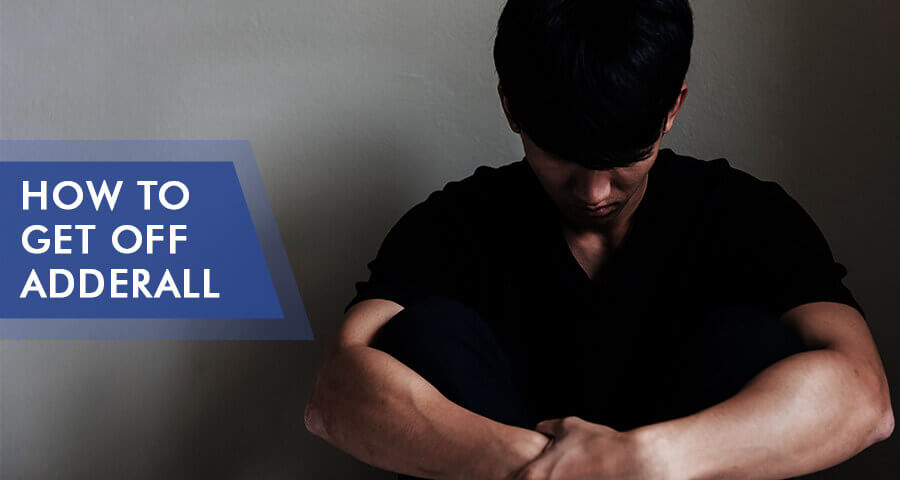 In 2012, doctors wrote adults between 20 and 39 roughly 16 million prescriptions according to health care data of the IT services company QuintilesIMS. This drug has become part and parcel of college life, widely taken by students. Adderall uses are not limited to ADHD treatment – many of those thinking about getting off Adderall initially turned to it as a way to help them study.

Why Shall One Seek How to Stop Adderall?

The ingredients in Adderall are the same as in amphetamine, making it an addictive drug. When it is used for an extensive period of time, dependence on the drug can form. In this case, one faces the need to get off (stop taking) it. Adderall dependence symptoms are then manifested in aggression, restlessness, elevated blood pressure, and stomach problems according to the National Institute on Drug Abuse.
Another reason to get off this drug is that a physician has decided to switch one’s medication, for example, with Vyvanse. Vyvanse and Adderall are both used to treat ADHD.

Is It Safe to Stop Adderall Cold Turkey?

Once wary of the side effects of Adderall and having recognized the many benefits of quitting this medication, some people decide to stop cold turkey instead of weaning off gradually. An immediate benefit is a speedy elimination of the drug from the body and the purely subjective feeling of finally being freed from its shackles.
On the downside, one faces certain dangers and side effects of abruptly getting off it, such as depression, irritability, mood swings, fatigue, insomnia, vomiting, dissociation, panic attacks, paranoia, and some more serious ones like tremors, psychosis, seizures, suicidal thoughts, and even coma and cardiac arrest. Those wondering how to stop taking this drug without withdrawal may turn to depressants such as Xanax to cope, albeit knowing that Adderall and Xanax are a dangerous combination.

How to Gradually Come Down from Adderall?

Weaning off Adderall is a viable alternative to getting off it cold turkey because this method reduces the physical and psychological burden. Users asking themselves how to make Adderall wear off are very familiar with the nasty crashes. Learning how to wean off Adderall from a professional helps one get re-accustomed to daily life without it and getting off while sidestepping withdrawal. On the downside, it can take over a month until one is completely clean, during which one weans off it gradually. Flushing the amphetamines, the active ingredients in Adderall, require medical supervision. 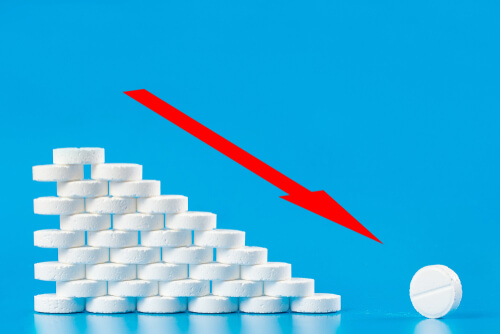 The issue then is how to quit Adderall gradually. It is a lengthy process, weaning off by stepping the dose down every week until one doesn’t need the drug anymore. Typically, physicians will be in agreement on how to taper off Adderall – one should wean off it in 10 percent increments. This can mean a reduction of 5 mg per week. If one were taking 15mg per day one week, they’d be told to take only 10mg Adderall a day the next to start getting off it.

What is the Timeline of Weaning off Adderall

How long does it take for Adderall to get out of one’s system? Below is a “quitting Adderall” timeline users find useful.

How to Cope with the Effects of Quitting Adderall?

After stimulant use, it is recommended to keep in touch with a physician and go for check-ups regularly as one weans themselves off the drug. Counseling and group support meetings will help, as will drinking lots of water, getting enough sleep, and eating healthy food. Some former users have reported success with meditating, doing yoga, or taking up a mindfulness practice when faced with the dilemma of how to counteract Adderall long-term effects after getting off it.
After coming off Adderall, one should do regular exercise to speed up their metabolism and boost serotonin levels.

With the availability of competent medical care, there is no need to try to get off Adderall on own. A substance abuse treatment specialist will provide medical supervision and give indispensable advice on how to stop taking Adderall. At any rate, going about drug detoxification this way is preferable to getting off cold turkey as it helps to prevent the negative reactions of the body and eliminate the drugs from the system faster.