How To Spot An Alcoholic: Signs And Symptoms Of The Disease

How to Tell if Someone Has a Drinking Problem

Alcoholics see their next drink as the number one priority. An addicted person can not function without it; what is more, they are no longer in control of it, rather alcohol takes control over them. To prevent them from spiraling down into their addiction, one has to identify an alcoholic behavior as soon as possible. By doing this, they will minimize damage to both the physical and social aspects of one’s life. 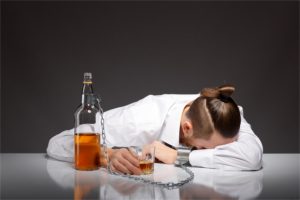 Having an occasional drink is a ritual of plenty of social occasions. Drinking within limits, therefore, carries no particular harm and should not cause concerns. Yet, if taken a step further, drinking can become a dangerous habit and needs to be nipped in the bud. Certain signs and symptoms can help people determine if the person they know might be dealing with alcohol dependency.

There are distinct behavioral patterns displayed by those with an addiction. The vital signs include:

Apart from the behavioral patterns the person might acquire, there are physical signs of alcoholism, which often help to spot an alcohol abuser straight away. 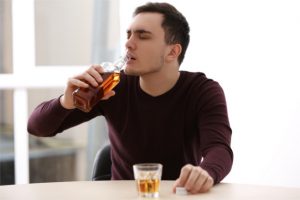 Physical signs that can help in spotting an alcoholic include:

What are the 10 Warning Signs of Alcoholism

A person who is facing an alcohol misuse problem will most of the time fit into the context of the ten warning signs of alcoholism. These symptoms range from physical to behavioral indicators, which negatively affect one’s personal and professional life. The following list isn’t conclusive but can provide people with guidance in spotting an alcoholic.
How to spot an alcoholic? Here’s what they are likely to do:

Therefore, those affected by a more severe addiction tend to drink at unusual intervals. Mornings or afternoons are some of these atypical times.
Not all of the above-mentioned alcoholism signs may show up together. In fact, some might never manifest at all. So if someone notices someone who is exhibiting abnormal drinking behavior, which is consistently landing him or her in trouble, advise them to seek professional help. When these signs show up, it is an index that alcohol has already started to affect the body and the mind of the individual.

How to Deal with Signs of an Alcohol Problem

Spotting an alcoholic is one thing, but extending a helping hand is the step that takes audacity. Confronting someone about an alcohol problem can be a daunting task, especially if the alcoholic is in denial about their addiction. In such a dilemma, it is important to think about the difference щту will have made to someone’s life. It could be a life-saving decision. 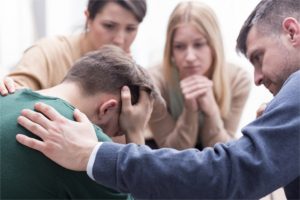 One is encouraged to approach the individual gently and use encouraging words to make them feel at ease, letting them know they are not alone in this struggle. There are facilities in place that will effectively target any alcohol addiction. Staging an intervention is another viable solution that may require a few caring individuals who are close to the person dealing with an alcohol use disorder.