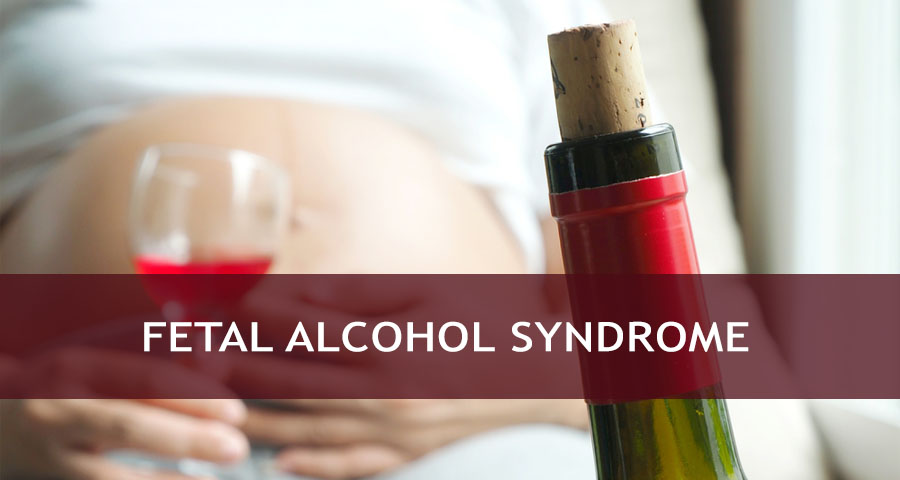 It was sheer coincidence that led doctors to discover what was wrong with Tim. He was diagnosed with attention deficit hyperactivity disorder (ADHD) when he was in first grade. He lied and stole things in school and recalls feeling lonely and frustrated at not being able to fit in. When he stole a pocket knife, he was put in the First Offender’s Program. The counselor suspected something more was wrong.
After examinations and testing, it was discovered that Tim had been misdiagnosed. He did not have ADHD; he had a fetal alcohol spectrum disorder (FASD). What helped him to get the right diagnosis this time was that Tim’s mother finally admitted that she drank wine regularly during pregnancy.
The damage caused by fetal alcohol syndrome is irreversible. The mental and physical deficiencies associated with the disease have to be managed throughout a person’s lifetime. Drinking alcohol while pregnant can lead to a range of symptoms of varying severity, including communication and learning problems, struggling with attention span, as well as problems with their hearing and vision. Not drinking while pregnant is the best way to prevent FASDs.

What is Fetal Alcohol Syndrome?

Drinking alcohol while pregnant may lead to a child being born with one of several fetal alcohol spectrum disorders. This term includes a variety of diseases, the symptoms of which can range in severity. Some of them can lead to mental or physical congenital disabilities. FASDs include:

FAS is one of the most severe conditions associated with alcohol consumption during pregnancy. Though the symptoms and defects will vary from person to person, they are often permanent.
FAS is a deficiency in the developmental aspects of an infant caused by exposure to alcohol in utero. Alcohol consumed by the mother during pregnancy can cross the placental barrier and accumulate in the baby’s blood. It stays there longer than in an adult because the fetus is unable to process alcohol as quickly. This can cause damage to the developing organs and lead to the issues associated with mild to severe fetal alcohol syndrome.
Alcohol exposure often occurs within the first few weeks of a pregnancy when a woman may not realize she is pregnant. Though most studies show alcohol is most harmful within the first three months of pregnancy, The American Academy of Pediatrics has stated that consuming alcohol at any point during pregnancy can be detrimental.

How to Recognize Fetal Alcohol Syndrome

Growth delays are typical signs of fetal alcohol syndrome, although these delays may have other causes. A birth weight that is in the 10th percentile or lower is common with FAS, as are delayed growth in other measurements, such as length and head circumference. Babies with FAS may also have abnormal physical features:

According to the Institute of Medicine, out of all substances of abuse, alcohol produces the most severe form of neurobehavioral effects in the fetus.

Alcohol exposure in utero impairs the normal development of the central nervous system (CNS), made up of the brain and the spinal cord. Children experiencing the effects of fetal alcohol syndrome may exhibit one or more the following signs of CNS deficiency:

The sooner FAS can be diagnosed, the better a child’s outcome is likely to be. It is vital to have a child evaluated if signs of FAS are seen, and mothers must be honest about drinking so that an accurate diagnosis can be made.
To make a diagnosis, a doctor needs to know about maternal drinking during pregnancy and will then observe a child as he or she grows to look for signs of FAS. The three main fetal alcohol syndrome characteristics that a doctor will look for are:

The Long-Term Consequences of FAS

This condition has no cure, and fetal alcohol syndrome in adults is a reality. While interventions and treatments can help, especially when begun early, many children with FAS will develop long-term challenges and struggle with ongoing consequences that follow them into adulthood:

The symptoms and long-term consequences of FAS can be severe. But a baby with fetal alcohol syndrome is not necessarily doomed. With early diagnosis and treatment interventions, these children can learn to manage symptoms.
While there is no cure for FAS, early interventions can improve developmental difficulties and minimize the long-term challenges of this condition. Treatments and interventions include behavioral therapies, educational interventions, and medications that evolve as a child grows and develops.
The prognosis for FAS improves dramatically if:

The environment that children with fetal alcohol syndrome grow up in is essential to outcomes. These children are more likely to develop substance abuse problems as well as behavioral issues later in life. This risk is heightened if they are exposed to substance use, violence, or instability in the home. They benefit from caring parents, reward systems for positive behavior, simple rules, and a clear and comfortable routine. Children with FAS are more sensitive to change and disruption in their routine, which is why stability is so crucial for supporting development.

Though some medications address fetal alcohol syndrome symptoms, there is no medication to treat the syndrome itself. Medicines that may help include:

Do not take any medications without consulting a doctor. Unmonitored treatment can damage both mother and baby.

Early interventions are essential for managing symptoms, complications, and characteristics of fetal alcohol syndrome. Therapies, like cognitive behavioral therapy, can help a child learn to manage and control emotions and problem behaviors. Behavioral and social therapies help children learn how to get along with and socialize appropriately with peers. Speech and physical therapies can also help correct language or motor difficulties.
Educational interventions through a child’s special education services are also crucial. These can diagnose learning disabilities and cognitive defects and implement services that will help a child thrive and succeed in spite of them. As a child gets older, vocational and life skills training may be important.

Is it Ever Safe to Drink During Pregnancy?

FAS is the leading preventable cause of birth defects and neurological and developmental disabilities in the U.S. There are six to nine cases of FAS per 1,000 births.
There are troubling fetal alcohol syndrome statistics regarding how women drink during pregnancy. According to the findings of a study by the Centers for Disease Control and Prevention (CDC), one in ten pregnant women reported drinking, and one in 33 reported binge drinking during the past month. In the same study, pregnant women reported binge drinking an average of 4.6 times during the past month.
These results could be explained by the fact that many women think a few drinks here, and there won’t harm their babies. The truth is that there is no safe limit for drinking during pregnancy. There are some essential facts that all women should know about drinking:

Of all the fetal alcohol syndrome facts, the most important is that the best and only way to prevent fetal alcohol syndrome is to avoid consuming any alcoholic beverages during pregnancy. Even a single drink can be dangerous to the developing organs of the baby. Women who are trying to get pregnant should stop drinking immediately, as any drinking during the early phases of pregnancy can be dangerous.
Any woman planning to become pregnant should be cautious about drinking, and any existing alcohol problems should be addressed. Treatment can help a woman stop drinking so that she can safely get pregnant.
FAS sets a child up for a life of challenges and adversities. Prenatal exposure to alcohol causes damage that can trigger problems with development, motor skills, growth, cognition, emotional and behavioral regulation, and mental health. Fortunately, early diagnosis and prompt interventional treatment can manage and even reverse some symptoms and help a child learn the life skills necessary to function independently in life and reach full potential.