The Viagra and alcohol combination is quite common, as most men who take the medication often find the need to indulge in ethanol at close intervals. Does Viagra work with alcohol? People often find themselves asking- can Viagra be taken with alcohol?

The effect of alcohol and Viagra can be either immediate or long term as both substances are quite potent and possess certain similarities as well. Those who ask, if one can drink alcohol with Viagra, are probably aware that Viagra, also called sildenafil, is a prescription medication. It should only be taken on a recommendation to avoid abuse and possible side effects when it interacts with other substances such as ethanol in this case. So, can one take Viagra after drinking alcohol?

Learn About Alcohol And Viagra:

Can Alcohol Be Taken With Viagra?

To understand the probable effects of the Viagra alcohol combination, one must understand the applications of both substances. Many individuals who are addicted to spirits may find themselves inevitably indulging in alcohol and sildenafil. The uncontrollable urges due to dependency may lead to mixing Viagra and alcohol. It is essential to understand the effects of specific prescriptions as well as contraindications relative to the medication to avoid complications.

Can one take Viagra with alcohol? The answer is no. Viagra is a prescription medication usually recommended for individuals with erectile dysfunction (ED). The drug contains an active ingredient that is known to boost male potency.

Viagra or sildenafil was intended for the treatment of hypertension and unusual chest pains, which may be caused by irregularities in the flow of blood to the heart.

Drinking alcohol with Viagra may not seem harmful at first. However, there is a significant amount of health risk involved when these substances are abused during a long period over time.

Ethanol, on the other hand, is one of the most abused substances in the United States and other countries. Generally, ethanol is often advised against while on any form of medication, whether melatonin and alcohol or any different combination. It is possible that Viagra with alcohol may have unpleasant results. 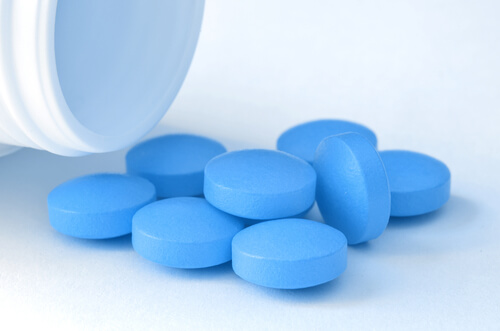 Possible Risks of This Combination

While creating the atmosphere for romance, Sildenafil and a bit of wine are commonly used to set the mood. However, there are possible risks that may emanate from the blend. Here are some health risks that are closely associated with the alcohol and Viagra mix:

Typically ethanol negatively affects erectile tissues in the male reproductive system, causing erectile dysfunction, especially in ardent drinkers. This reverses the effect of the medication as sildenafil is used as a counter medicine for erectile dysfunction.

The sexual health problem, erectile dysfunction (ED), is a common problem with many causes, and taking Viagra with alcohol is counter-intuitive for individuals who require Sildenafil to maintain an active sex life.

The Viagra side effects with alcohol will certainly include a significant reduction in sexual performance.

Safe Amount of Alcohol to Take With Viagra

The sildenafil and alcohol controversy has been deliberated on by various experts. Some think that taking Viagra with ethanol can be dangerous, while some believe that this is untrue. A report showed that ethanol content in red wine presented no particular interaction with the activities Sildenafil. The report, however, covered only the possible alcohol Viagra interaction in red wine. The experiment utilized 750ml red wine containing 13.5% alcohol by volume. The viagra and alcohol interaction in other stronger forms of ethanol are undecided. 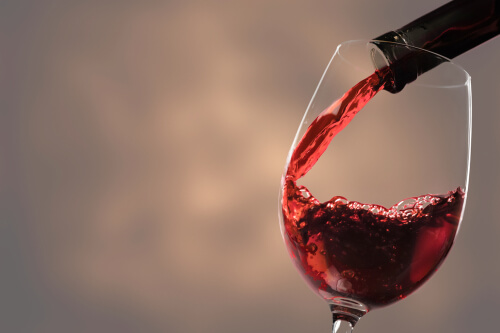 Are there safe amounts when mixing Viagra with alcohol? It is safe to practice moderation during Viagra and alcohol use. When one plans to use Viagra, it is unsafe to drink in excess or indulge in social drinking, which is usually a motivation to participate in binge drinking. One or two glasses of wine or its close equivalents of beer or spirit should be harmless. A drink is measured as 5 ounces or wine. It is equivalent to 12 ounces of beer, which equals one shot of spirit (1.5 ounces). To be safe, one may consider staying clear of ethanol for a period of time when sildenafil would be used.

Only a doctor can decide upon a safe alcohol usage together with Sildenafil. Always consult with a medical professional before mixing any substances with alcohol.

Many individuals struggle with ethanol abuse and addiction, either due to peer pressure, the influence of an alcoholic father, or other reasons. Whatever the case, an individual with a drinking addiction, should probably abstain from ethanol completely while taking Viagra.

There are many possible causes of erectile dysfunction, one of which includes the excessive use of ethanol. Reports have shown that the high prevalence of erectile dysfunction in males is largely caused by ethanol abuse and dependency. It is a known fact that ethanol is a depressant that may induce gastric mucosal injury by releasing inflammatory mediators, which may, in turn, cause vasoconstriction and death of cells. So, how does ethanol consumption affect erectile dysfunction?

The male hormone, testosterone, is produced in the testes and is responsible for the complete male characteristics and physical development. When a man consumes ethanol in large quantities over some time, the substance lowers the production of testosterone and causes the shrinking of the testicles.

Excess ethanol may also lead to prostatitis, an inflammation of the prostate, which can lead to erectile dysfunction.

Alcohol-induced erectile dysfunction is characterized by sexual irregularities such as: 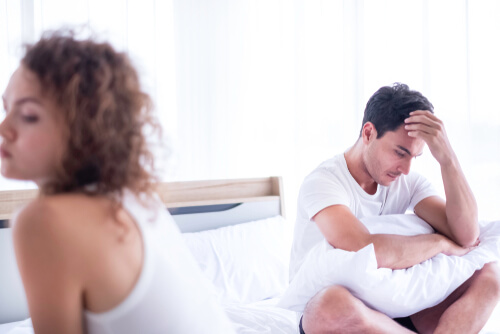 The risk of impotence is significantly higher in men that have been found to indulge in more than three units of alcohol daily. Records have also shown that alcohol-induced sexual dysfunctions may be reversed with abstinence from drinking over some time. There is no specified period of time whereby sexual functions may be fully restored; however, there would be substantial changes which is peculiar to body type and other factors such as age, diet, and lifestyle.

Before thinking of mixing alcohol and viagra, one should consult a physician for proper counseling. Viagra and alcohol effects may vary from one person to the other. There are other alternatives to Viagra, which may pose less risk to health, such as natural herbs. Adequate information and resources on alcohol effects will also act as a guide to understand its mechanism of action in the body. The physical dependence on ethanol will always lead to poor health and inevitable mixtures with medications. It is, therefore, imperative that the individual in question should seek medical treatment or enroll in a facility for alcoholism treatment.