Alcohol And NSAIDs Together: Is It Safe?

Can one drink alcohol while taking NSAIDs? Alcohol and various nonsteroidal anti-inflammatory drugs should not be taken together. Several systems of organs, like, for instance, gastrointestinal and renal systems, will be affected by the combination of alcohol and NSAIDs.

First of all, NSAIDs are metabolized differently when consumed with alcoholic beverages. Conversely, various drugs can alter the way alcohol is processed. This two-way process of interaction can potentially extremely dangerous, which is why mixing these two types of substances should be avoided at all costs.

Learn About Alcohol And NSAIDs:

How A Combination of Alcohol and NSAIDs Affects Health

While the effects of mixing NSAIDs with alcohol can sometimes resemble liquor- illicit drug interaction, the aforementioned mix should be discerned from the latter, as there are also some crucial differences. The reader is referred to other articles on drugs and alcohol, where specific combinations are explained.

Interactions between NSAIDs and alcohol generally speaking are similar in nature, and they can easily be discerned from the consequences of abusing codeine and alcohol, for instance.

Before moving on to the main part of the text, it has to be emphasized that most studies examining the effects of mixing alcohol with NSAIDs involve participants who are heavy drinkers. The researchers then have to make inferences and conclude whether the same kind (albeit a less prominent one) of consequences would appear in people who are not heavy drinkers but still mix liquor with nonsteroidal anti-inflammatory drugs.

Drinking and taking nonsteroidal medications result in 2 types of interactions:

Pharmacokinetic interaction happens on the metabolic level- drinking, can, for instance, directly affect the metabolism of various acetaminophen-based drugs. On the other hand, pharmacodynamic interactions imply an additive combination of the two types of effects, with underlying metabolic processes staying permanently the same.

Consuming aspirin with alcohol may result in a higher risk of internal stomach bleeding due to the cumulative effects of both substances. Aspirin is a known “blood-thinner”, which only exacerbates the detrimental impact of drinking on the GI system. 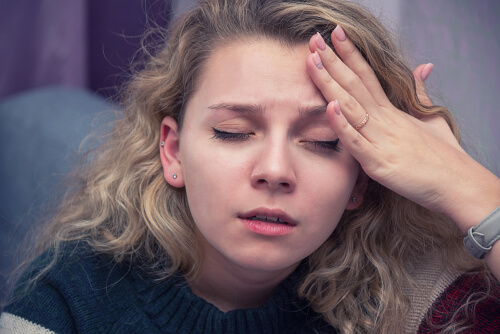 Taking ibuprofen with alcohol is most commonly linked with various complications of digestive functions. This may start from a slightly discomforting upset stomach, and result in bloody vomit and black or bloody stools.
Naproxen and alcohol are a potentially dangerous combination, and, once again, various GI problems and complications may follow if the patient drinks heavily while taking naproxen. On the other hand, naproxen has a slightly slower release, which might mean that the effects of mixing naproxen sodium and alcohol won’t be as prominent as with other interactions.

Statistics on NSAIDs and Drinking

It is all but impossible to accurately assess the population-wide prevalence of mixing NSAIDs and alcohol. Needless to say, this is due to the OTC status of numerous nonsteroidal anti-inflammatory drugs and due to the widespreadness of drinking.

NSAIDs and alcohol are particularly destructive to the gastrointestinal system. Taking Tylenol with alcohol may lead to liver problems and even liver failure, as drinking enhances acetaminophen’s hepatotoxicity (liver toxicity). Drinking and taking Advil will usually lead to various GI complications. Most often GI complications refer to gastrointestinal bleeding and ulcerations.

It is important to note that this type of drug interaction is dangerous because the risk of gastrointestinal and other health complications when drugs and alcohol are taken together is more considerable than the additive risk of GI when these substances are taken separately.

Is There a Safe Dose of Alcohol to Consume With NSAIDs?

First of all, combining these substances is not recommended, and even if the individual would like only to take a drink or two while taking these medicines,  a doctor should be consulted first. However, there are so many factors that might complicate the situation, like for instance, individual sensitivity, type of NSAID, amount of beverages consumed, frequency and intensity of drug use. This is why alcohol and NSAIDs should never be taken together.

Aspirin, for instance, even in low doses, increases the risk of GI bleeding, which is why this drug should be especially avoided when drinking, and vice versa. When it comes to Advil and alcohol, some physicians think it is safe to take only one drink while taking Advil.

Once again, it should be noted that it is always best to wait for the drug to leave the organism before consuming beverages.

How long after taking naproxen can one drink alcohol? Naproxen has a somewhat longer half-life, which is why people who want to drink should wait at least 12 hours, as, within this timeframe, this NSAID will leave the system.

To conclude, the amount of time a person has to wait after taking NSAIDs varies concerning different medicines, which is also the case with antimicrobial drugs and alcohol.

Getting Help With Alcoholism

Even people who are not taking any NSAID should be careful about their drinking habits. Alcohol, on its own, is a dangerous drug, and it shouldn’t be abused. Also, the consequences of drinking can be exacerbated and perpetuated by other medications. For instance, abusing sleeping pills and alcohol might lead to complete respiratory failure and death, which is a somewhat more extreme consequence than GI bleeding that is usually linked with drinking and nonsteroidal anti-inflammatory drugs.

On the other hand, consuming loratadine and alcohol will cause drowsiness and lack of coordination and thus cause severe incapacity to drive. This is also the case with other antihistamines, while, on the other hand, mixing NSAIDs and liquor won’t usually impede coordination.

People who notice any of the symptoms mentioned above should contact their doctors immediately. Moreover, even taking these drugs separately might cause various side-effects, and in this case, contacting a medical professional might be of utmost importance.

Alcoholism can be treated in various rehabilitation centers, and mental health problems linked with drinking are usually treated with the help of psychotherapy.