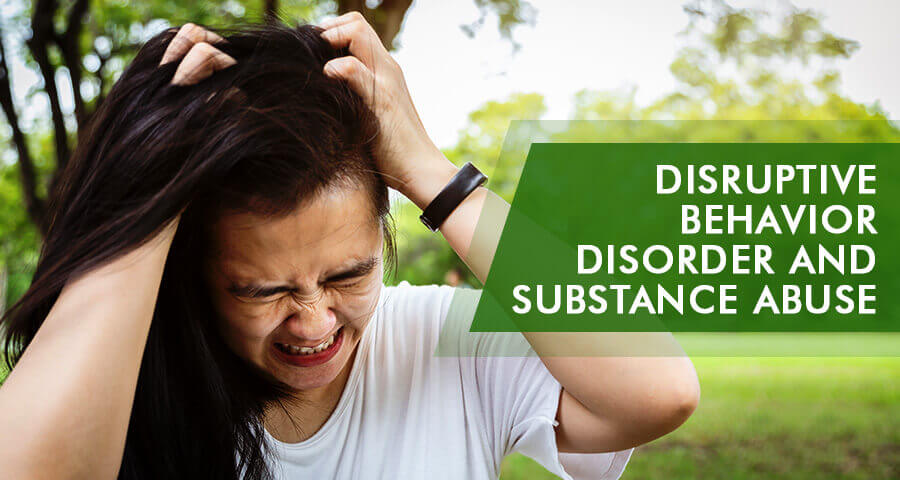 The link between disruptive behavior disorder and substance abuse is easy to see from many studies. Dealing with these two disorders can be hard. In fact, it isn’t only the patients but also their family members and doctors.

Disruptive behavior disorder (DBDs) covers some mental disorders present in children and adolescents. For example, it includes aggression, anger, and defiance.
Children with DBD often have difficulties at home and school. In fact, some children with DBD may also develop drug abuse and addiction later in life. Moreover, an adult with DBD also has a higher risk of becoming a criminal or physical assault.

Centers for Disease Control(CDC) says Oppositional Defiant Disorder (ODD) and Conduct Disorder (CD) are the major components of DBD.
Earlier, they also included attention deficit hyperactivity disorder (ADHD) in the spectrum of DBD. However, the fifth edition of DSM (Diagnostic and Statistical Manual of Mental Disorders) has put it under neurodevelopmental disorder.

The signs and behaviors that may be associated with either ODD or CD include:

How Common is Disruptive Behavior?

Presently, disruptive behavior disorder is a major part of mental disorders in children and adolescents. Study suggests one may find behavioral or conduct disorders in about 3.5% of the children between 3 and 17.

They have not discovered the exact cause of DBD yet. However, they think it occurs due to a combination of genetic and environmental factors.
Having a close family member with some of these disorders greatly increases the risk of DBD in children. For example, they can include anxiety disorder, personality disorder, or mood disorder.
Early exposure to family violence, neglect, and chaotic family environment may also increase the risk of DBD.

Disruptive Behavior Disorder and Substance Abuse: What Do Studies Suggest?

Likewise, the increased risk of substance abuse in youth having disruptive behavior disorder is approximately six times. This is when one compares it to those without disruptive behavior disorder.
Research finds that adolescents with this combination fall back to being addicted a year after treatment.
In addition, the duration of abstinence from drug use is shorter in adolescents with co-occurring DBD and substance abuse. This is when one compares it with those who have only drug abuse problem.
Furthermore, children who have both ADHD and CD have a greater risk of abusing drugs later in life.

Are There Common Risk Factors for Disruptive Behavior Disorder and Substance Abuse?

Only a handful of studies has been conducted in this space. Nonetheless, available results suggest a few risk factors may be common to both disruptive behavior disorder and substance abuse. According to the studies, the most important factor for this combination is parenting.

Bad parenting could hold the key to finding the association between these disorders.

Normally, the parents of these adolescents can exhibit poor monitoring, have unrealistic expectations, and punish them severely.
In addition, these children don’t receive rewards for the good deeds or improvements in their behavior and performances. As a result, these factors can contribute to drug use or even an increase of behavior problems in the adolescents.

What Are The Treatments for Disruptive Behavior Disorder and Substance Abuse?

Regrettably, adolescents with this combination have higher risks than those with only one disorder.
Therefore, this group needs an intensive treatment program that combines both psychosocial interventions and medications. Family-based programs with counseling, strong emotional support system, and good parenting skills form the core of the treatment.
A doctor may also recommend taking some medications such as psychostimulants and mood stabilizers if the symptoms persist. Additionally, a class of medications called antipsychotics may also produce favorable results in some patients.

Reach out for help if a person is a parent of children with disruptive behavior disorder and substance abuse. If one has any more questions, it is important to talk to the experts to get accurate information and the best solution.

Click here to learn more. It will connect one with the best addiction centers nearby.
Sources
Share: