Air and computer duster addiction is more common than one may think. It is because these substances are readily available, and the user has easy access to them.
Of course, one might not suspect that someone has an air and computer duster addiction. Most notably, many youths begin a deadly journey of addiction, starting with air duster abuse.
Air and computer duster addiction is the deliberate and compulsive sniffing of gases, volatile liquids, and aerosols to get high. Also, people also call it inhalant use disorder or huffing. Diagnostic and Statistical Manual of Mental Disorders (DSM-IV-TR) recognizes it as a category of substance use disorder. However, they don’t consider many cases a serious form of addiction. As a result, it usually doesn’t get much attention.
In addition, parents won’t find many scientific studies about this common but potentially harmful substance addiction.
It is more common in teens and young adults. Conversely, studies also suggest an increasing trend in air duster abuse among school-age children. Considering the severity and chronic nature of air dust abuse, parents should check if their child has such addiction.

Addiction Science and Clinical Practice: A 2011 study shows amazingly high numbers of American children and adults who abuse inhalants, including air and computer duster. According to the study, at least 22 million Americans of age 12 years or more have used the inhalants. What’s scarier is the alarmingly increasing trend of inhalant abuse among people of this age group. Even more, every year, more than 750,000 Americans use the inhalants for the first time.
In fact, air and computer duster abuse could become the gateway for other serious forms of addiction. Therefore, parents should take a serious note of that.

Why Air and Computer Duster Are Addictive?

First, the can of the air and computer duster stores gases in liquid form. Then, when one sprays, the liquid chemicals inside the can convert into gas. Some common gases in such products include 1,1-difluoroethane, 1,1,1-trifluoroethane, or 1,1,1,2-tetrafluoroethane and fluorocarbons.
When a kid inhales the gas, the fumes cause immediate changes inside the brain, giving them a high.
Using any type of air and computer can have various short-term and long-term health effects. Because users breathe in these substances, the psychoactive gas reaches the bloodstream through capillaries in the lungs. Hence, the effects occur very rapidly.

The initial effects of air and computer duster addiction can be anything from CNS depression to fainting. Likewise, these effects are similar to those produced by alcohol abuse. Unfortunately, users tend to take repeated doses of these substances to get a constant high. This is because the effects do not last for a long time. As a result, they may experience one or more of the following symptoms:

The long-term effects of air and computer duster abuse become evident only after continued abuse. If parents notice any of the symptoms in their kid, they should rush for expert care.

The desirable short-term effects usually go away after a few minutes of abuse. However, a kid may become a victim of the immediate but often fatal effects. These include:

Withdrawal symptoms appear when a kid stops taking the substance of abuse. The period of withdrawal can start anywhere from a few hours to days after quitting. As a result, several unpleasant symptoms will trouble a kid during this period. The symptoms of air and computer duster withdrawal include:

What Can Parents Do If Their Kid is Abusing Air and Computer Duster? 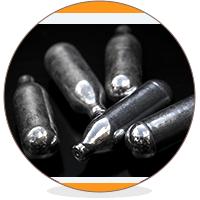 Whatever happens, parents have to remember that fighting with substance abuse is an uphill task for their kids. For example, they have a range of problems to overcome. These include guilt, degrading health, impaired cognition, and a distorted self-image.
Above all, parental support is the most important thing one could ever give to a kid. In addition, parents can take precautions to curb further abuse. For example, keeping the air and computer duster away from their reach.
Also, parents should seek help from qualified drug-addiction experts. They will recommend the necessary treatments for air and computer duster addiction.
<3>Where Can One Get Expert Advice?

In fact, the best way parents can help them is by seeking expert suggestion. Addiction experts can recommend the most effective treatment to help the loved ones get back to a drug-free life. Click here to connect with the best in an area nearby.