The consumption of alcohol and opioid has fast become an epidemic, especially in the United States. The use of prescription opioids such as Oxycontin, Lortab, and Percocet concomitantly with alcohol is popular among drug abusers as this is done to enhance the “pleasurable” euphoric effects of these substances. Opioid medications specifically permeate the central nervous system inhibiting the perception of pain and providing a feeling of high, which is also a property of ethanol. Opioids are one of the most addictive prescription drugs, with a high tendency of abuse, and when mixed with ethanol, the side effects are significantly escalated, causing a significant health risk to the user. The consequences of combining opioids and alcohol are dire – health problems can, such as organ failure, addictions, overdose, and death, are possible.

Learn About Alcohol And Opioids:

How a Combination Of Opioids And Drinking Affects Health

Opioids and alcohol interactions and metabolism have been found to deviate when taken concomitantly. Ethanol has a high-speed disposal rate when ingested. However, the mixture of opioids and ethanol slows down the rate of disposal of both substances in the body. This inadvertently leads to high levels of substance toxicity. Ethanol can alter opioid receptors, and the drugs itself may increase the levels of intoxication of ethanol. These effects can be detrimental to health.

The recreational use of opioid drugs and alcohol in the workplace can lead to heavy sedation, which can cause accidents especially when operation sensitive or massive machinery.

Short-term effects may include:

Long-term effects may include:

Statistics On Opioids And Drinking

Numerous surveys have been conducted on opioids and alcohol use, both individually and concomitant uses. Opioids were found to be used by a significantly high population evident through the number of opioid prescriptions as well as average annual alcohol use statistics. In 2007, societal opioid prescription, misuse, and dependence totaled $55.7 billion, while the economic burden of the substance peaked at $78.5 billion in the year 2013.

Ethanol misuse disorder, on the other hand, was responsible for a $249 billion economic burden in 2010. Alcohol-related deaths were recorded at 88,000 persons yearly, with an estimate of 3 million deaths globally. When linked with stimulating meds and alcohol, the death toll rises even higher. 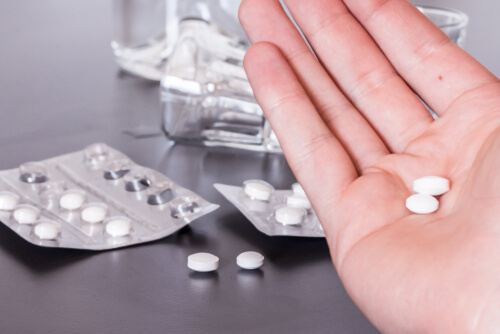 There are exceedingly convincing pieces of evidence that the pharmacodynamic interactions of alcohol and opioids are highly problematic. There is evidence of frequent overdose on opioids and alcohol especially as the medication is very frequently prescribed for various chronic health disorders. Chronic pain affects at least 1 in every ten adults in the United States, hence the frequent use of pain relievers. The negative impact of medication and ethanol abuse, such as Codeine and alcohol, also becomes recurring due to the desire to achieve a feeling of high.

Signs A Person Abuses Opioids And Alcohol Together

Ardent abusers of substances such as fentanyl and alcohol often require high levels of these elements in their blood due to dependency and withdrawal symptoms. Mixtures such as heroin and alcohol are highly abused among addicts due to its potency, and often its symptoms can easily be noticed by others. Here are signs that a person may be abusing both ethanol and opioids:

Once tolerance is built by alcohol opioid receptors then dependency is developed by the user. The risk of an overdose greatly increases. Skeletal muscle relaxing meds and alcohol used together are bound to have antagonistic effects on health. Signs that a person may have overdosed on tramadol and alcohol or other opioid ethanol mixtures include:

There are a few steps to take in situations of overdose from alcohol and Vicodin or other opioids. The first may be to administer an effective opioid antagonist like naloxone if this medication is available and also if there is a professional who understands how to use it. 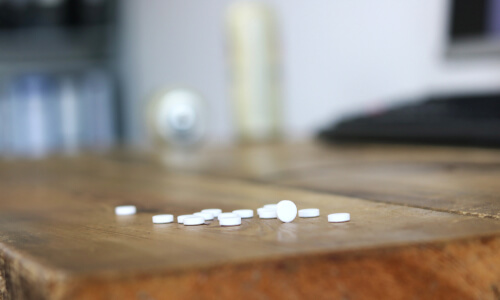 In severe cases when opioids are used in combination with alcohol and barbiturates or some other medications, naloxone can be less effective, as it works only for several types of drugs.
Another step is to call for immediate medical support to report a case of overdose. An emergency unit will most likely be sent to the address provided.

It is imperative to increase the person’s responsiveness by applying physical touch using rubbing, pinching, and other techniques as well as speaking in loud tones until help arrives.

In situations where the patient is not breathing, one could administer CPR (mouth-to-mouth) and then lay the victim on their side when they resume breathing independently.

Whether it is opioid or antibacterial drugs and alcohol combination, it always leads to various health mishaps. This can best be avoided by avoiding substance mixtures as well as confiding in a doctor on certain addictions that one may have before accepting prescription drugs. Many consequences can result from mixing alcoholic drinks with opioids, hence it is imperative to seek medical help on the risks of these mixtures.
Opioid ethanol addictions, as well as other combinations like mushrooms and alcohol, can be treated at special rehab facilities. Various techniques and treatment regimen is put in place to inhibit withdrawal symptoms and to ensure that the patient attains complete withdrawal from substance use and maintains sobriety.