Metronidazole And Alcohol: Drinking On Flagyl

Learn About Alcohol And Metronidazole Mix:

Mixing Metronidazole And Alcohol – Is It Safe?

Flagyl is an antibiotic that is used commonly in treating infections such as STIs. The frequency of metronidazole and ethanol mixture, as well as its side effects, proposes that it may not be wise to mix both substances. Some antibiotics do not show any form of reaction when mixed with ethanol. What happens if a person consumes alcohol while taking Flagyl? How safe is it? 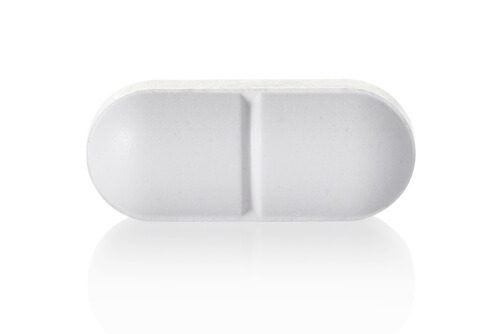 Firstly, alcohol makes a person easily susceptible to seizures, especially those with high alcohol tolerance, while Flagyl on its own, can cause seizures.

Hence, individuals who may have a genetic history of seizures may be at risk of combining Flagyl and ethanol. Metronidazole vag gel and alcohol may have a different reaction due to differences in the route of exposure.

Drinking liquor on Metronidazole may cause a reaction due to the mechanisms of action of both substances. Ethanol is metabolized down into a compound known as acetaldehyde. It is toxic and causes adverse effects in the system. Acetaldehyde is further broken down into Acetate by an enzyme called acetaldehyde dehydrogenase. The metronidazole alcohol mixture introduces the drug into the reaction where the drug blocks the effects of the enzyme. As a result, Metronidazole stops the breakdown of the toxic acetaldehyde. When the poisonous compound builds up in the system it can lead to various health risks.

Risk Of Mixing Metronidazole And Alcohol

One of the common dangers of alcohol and Flagyl is the disulfiram-like reaction. This is a side effect of Disulfiram mixed with ethanol which results in various health conditions such as:

A case was reported in 1996, where a sudden death was recorded. The death was traced to the Metronidazole ethanol reaction. The interaction was said to be caused by the accumulation of cardiotoxic, hepatotoxic, and arrhythmogenic substances in the body due to the presence of blockers in the metabolism of ethanol.

Another research reported by the WHO on in-vitro studies, utilizing animal models, revealed that no convincing evidence was found as to the possibilities of Metronidazole and alcohol interaction. It was explained that the history of Flagyl and alcohol reaction might have been strictly from the excessiveness of ethanol and its side effects.

The alcohol and Metronidazole reaction is not typical in every case. Some individuals show no signs of Flagyl and alcohol interaction. Physicians are often unable to determine if explicitly a person is susceptible to the Flagyl ethanol effects. Therefore, it is safest to avoid consuming ethanol while taking the medication.

How Long After Metronidazole One Can Drink Alcohol

To avoid Metronidazole-alcohol interaction, it is best to ensure that the system is clear of one of both substances before taking the other. So, how long after taking Metronidazole, can one drink liquor? 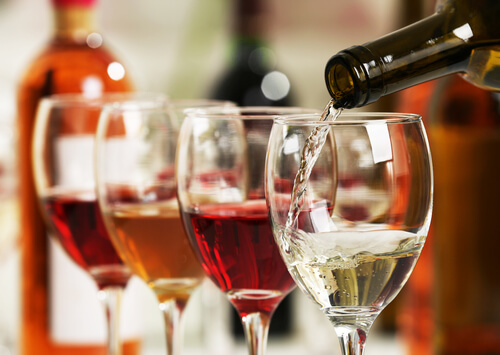 During the Metronidazole and alcohol reaction, Flagyl may continue to inhibit the activities of the enzyme aldehyde dehydrogenase for up to 3 days after the individual had stopped the medication.

This suggests that one may need to stay off ethanol for three days after the last dose. Metronidazole-alcohol 24 hours mark is typical for creams. When using Metronidazole cream and alcohol, it is recommended that the user avoids the use of alcohol for at least 24 hours before considering taking the medication.

Individuals with a high tolerance for ethanol will need to wait a bit longer than average to ensure that alcohol deposits are entirely broken down before indulging in the medication.

Safe Dose of Alcohol to Take with Metronidazole

Many medications are problematic when taken with ethanol, even in small doses, such as blood thinners and alcohol. It is best to assume that there is no particularly safe amount of ethanol. The smallest unit of ethanol will undergo the same metabolic process to produce the same results. These results may be more pronounced in some individuals than others. The risk of Metronidazole 500mg and alcohol is still dependent on the breakdown of ethanol. Individuals who apply the cream or gel forms of the antibiotic are advised to wait for at least 24 hours before indulging in alcohol consumption. 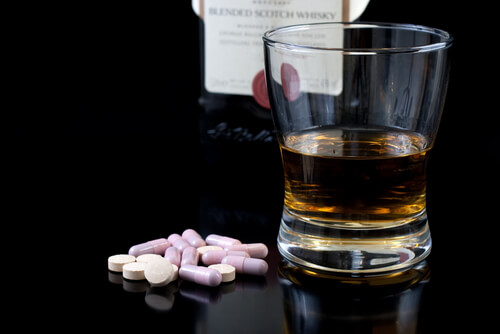 When to See a Doctor

Metronidazole side effects with ethanol may differ in various individuals, also in the duration of time that it takes for these reactions to manifest. Metronidazole gel alcohol effects may be milder than oral medication due to its topical application.

It is best to seek medical attention and counsel immediately one takes both substances to get the best preventive measures.

However, only a medical professional shall decide upon the ways to treat alcoholism. Do not self-medicate with Metronidazole or any other medications – ask a doctor or addiction specialist from a drug rehab first.

Metronidazole with alcohol may present with numerous health conditions due to toxicity. Caution should be taken when indulging in both substances so that the intervals are well spaced. Talk to a medical professional about the medication and the risks of reaction with ethanol as well as to get additional information on alcohol. In cases where both substances are erroneously taken together, consult a doctor immediately.