How Much Alcohol Can Kill? Drinking Oneself To Death

Millions of people worldwide die every year as a result of the excessive consumption of alcoholic beverages. In the United States, alcoholic death is a leading preventable cause of mortality. Unfortunately, many people think of drinking as a harmless habit and do not realize it can lead to death. How does alcohol kill a person? Besides a lethal overdose and alcohol poisoning, excessive drinking is linked to dozens of serious diseases and health complications that can ultimately cause a person to die. Heavy drinking has been linked to death and disability among young people. There is a causal relationship between ethanol and a range of mental health problems. Also, involvement in fatal accidents is an indirect way of dying of alcoholism.

What are some of the ways that drinking heavily can lead to death? How much alcohol does it take to kill a person? In other words, how many beers can one drink before they die? And what is the alcoholism death timeline – is it sudden, or does it occur over many years?

Learn About Alcohol and Death:

Can One Die From Alcohol Abuse?

Almost everyone has heard of one or more alcoholic death stories among their family, friends, and acquaintances. There are several ways that alcoholism can kill. First, drinking large amounts of alcoholic beverages in a short period (binge drinking) can lead to ethanol poisoning.

An average of 6 people dies of alcohol poisoning every day in the United States. The majority of deaths are in non-Hispanic white men between the ages of 35 and 64.

This is a life-threatening condition in which a person’s vital functions such as breathing, heart rate, and body temperature are affected. It is an emergency that requires immediate medical care to prevent death.

Drinking too much is also associated with many short- and long-term harmful effects on a person’s health. And while most people are busy wondering how much alcohol to die, they forget to consider accidental death. Excessive consumption of alcoholic beverages can lead to death from violence, risky behavior, and accidents.

The big question on many people’s minds is – can one drink oneself to death? The answer, unfortunately, is yes. According to the National Institute on Alcohol Abuse and Alcoholism (NIAAA), an estimated 88,000 Americans die from drinking-related causes every year. This is the third leading cause of preventable deaths, second only to tobacco and reduced physical activity. An additional factor in alcohol death calculator is fatal accidents while driving under the influence, that are responsible for nearly 10,000 deaths annually in America. They account for more than 30 percent of all driving fatalities. 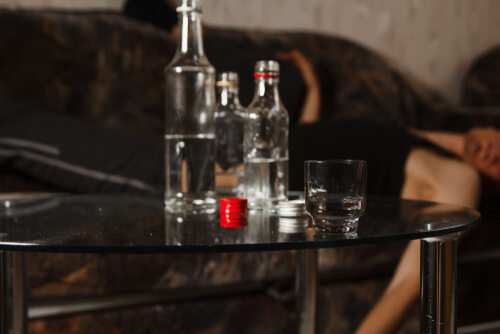 How much alcohol does it take to die? The human liver can process one drink every hour. This is equivalent to 1.5 ounces of whiskey, 5 ounces of wine, or 12 ounces of beer.

When someone drinks faster than the liver’s capacity to process ethanol, they become intoxicated and suffer from impaired judgment.

A blood alcohol content (BAC) test is used to determine whether someone has been drinking and driving. The legal limit for drivers in the United States is a BAC of 0.08.

The BAC test is used to identify alcohol poisoning, a potentially fatal condition that occurs when the level of ethanol in the blood is very high. What BAC can kill? At levels above 0.40, there is a risk of coma and death.

Physical Diseases That Can Kill

There is more than one way to drink oneself to death. Excessive ethanol consumption can impact safety and lead to injury and death. Besides the immediate, short-term effects, drinking too much alcohol can lead to health problems, and eventually, death. How can alcohol kill? Some alcoholism effects on the body include:

Alcohol alters the chemistry in the human brain. Many people enjoy the temporary mood-boosting effect of alcoholic beverages. However, in the long-term, excessive drinking can cause severe problems for mental health, including: 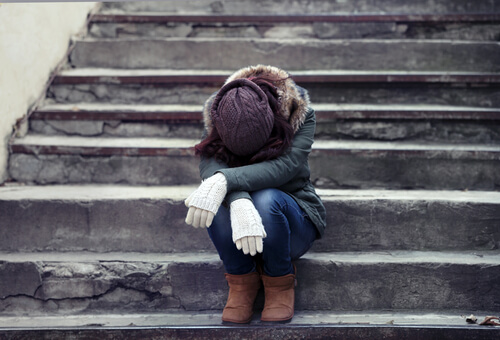 Massive exposure to ethanol is associated with Wernicke-Korsakoff Syndrome (WKS), also known as a wet brain, which is a result of vitamin deficiency leading to brain damage. Withdrawal from alcohol can lead to delirium tremens symptoms with a rapid onset of confusion and altered mental status.

It is difficult to quantify precisely how much alcohol will kill one or cause mental health problems. Everybody is different, and the effects depend on a person’s liver metabolism, the number of drinks consumed, and how quickly they were consumed.

A new drinker may experience severe mental effects with just a few bottles, while a late-stage alcoholic may be able to tolerate more ethanol in the body before displaying adverse psychological effects.

Alcoholism and accidents are intimately linked. The intoxication caused by ethanol leads to impaired judgment, and driving under the influence is a common cause of death. Many people participate in dangerous activities after drinking, leading to death and disability. How can one die from alcohol-related accidents? Possible fatal injuries and death can occur as a result of:

It is a well-known fact that alcohol promotes suicidal behavior. Also, according to the World Health Organization (WHO), drivers who have been drinking are at a 17 times higher risk of being involved in a fatal car crash compared to unimpaired drivers. Drinking also contributes to fatalities among pedestrians. Inexperienced drivers are more likely to die in a car crash, and teenagers driving under the influence are at particularly high risk of injury and death.

Stop Drinking Oneself to Death

Drinking is such a big part of social life and modern-day culture. However, the sad truth is that it is very much possible to die from excessive drinking. There is a pressing need for government programs and policies that discourage binge drinking, which is a risk factor for alcohol poisoning death.

People also need to be made more aware of the harmful effects of heavy ethanol use and the advantages of drinking in moderation.

How much alcohol to kill varies from person to person and individual circumstances. How long it takes for an alcoholic to die can range from sudden (due to alcohol poisoning or accident) to several years (due to chronic disease.) But, one thing is sure – alcohol kills. If a person is unable to stop drinking even if it puts life in danger, it might be a sign of addiction and requires treatment. Drug and alcohol rehabs provide help and assistance to such people.